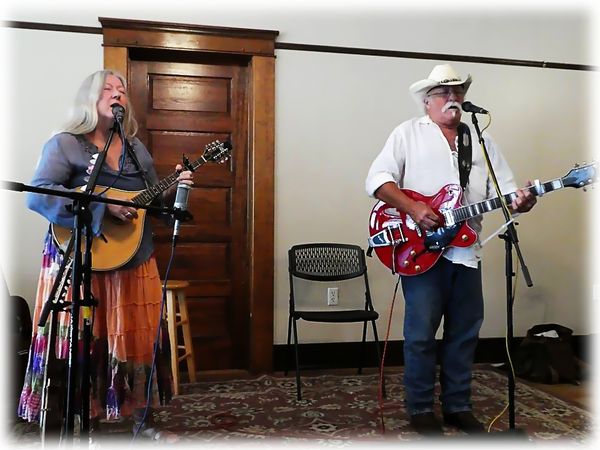 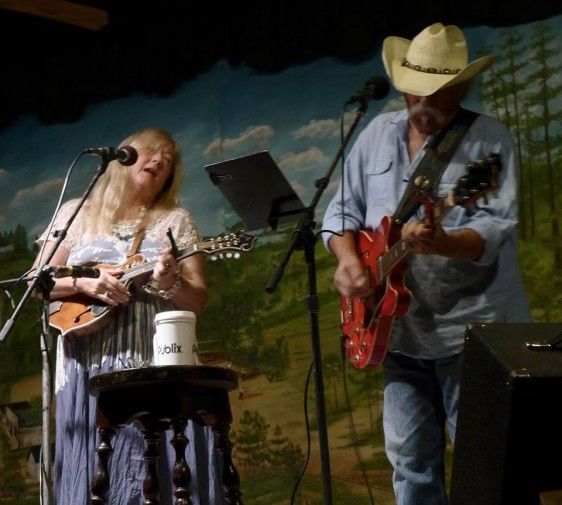 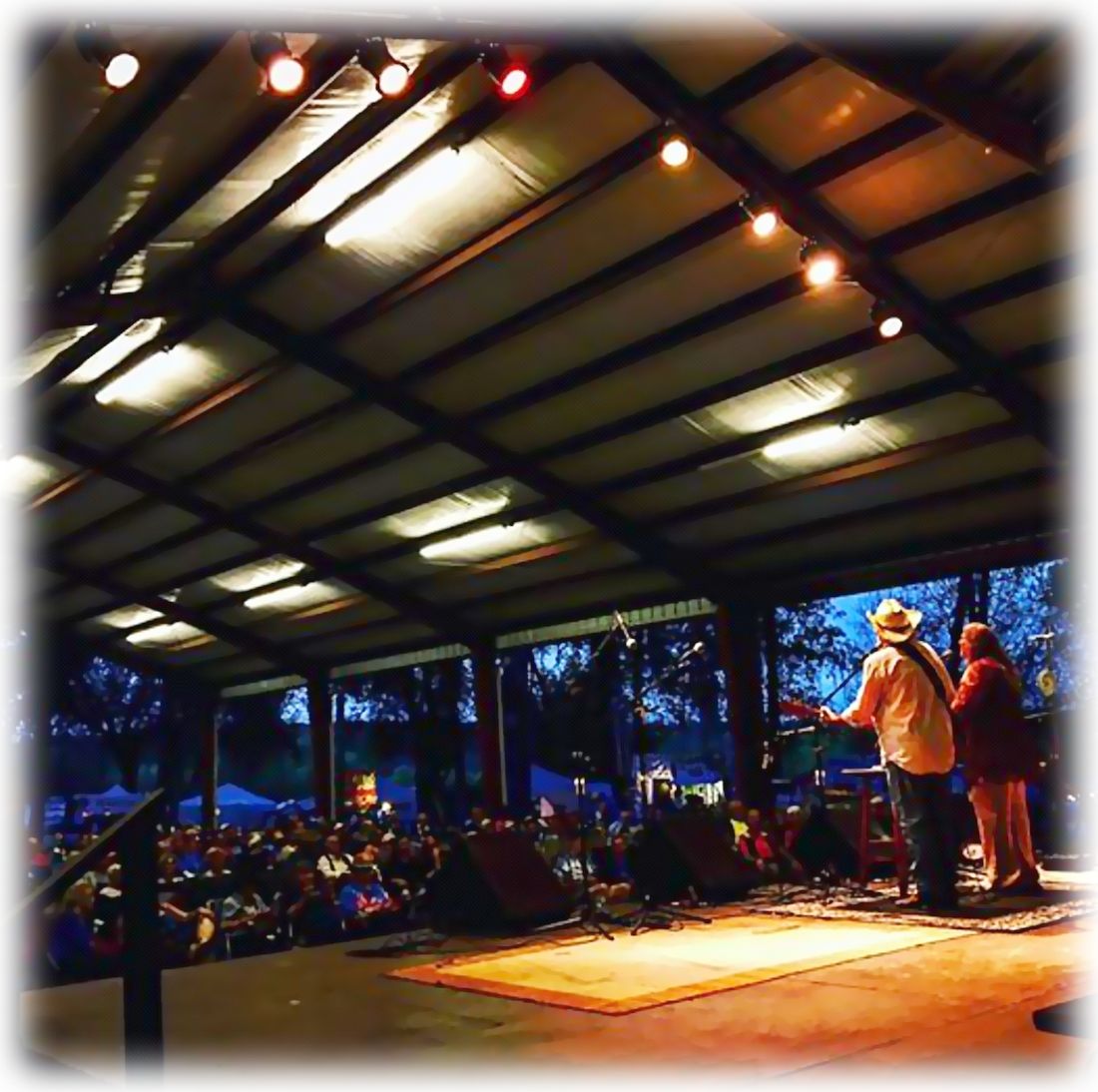 Lucky Mud plays SwampyTonk and Folkabilly. The unlikeliest of combinations and the most descriptive form of Mud Music.

October 10th, 2018, a Category 5 Hurricane named Michael devastated our home and land. Compared to the tens of thousands of people around us we are very charmed and grateful to our community and the community of Florida Folk singers, who gave over ten thousand dollars through us and other volunteers to the survivors of this catastrophe. We will be eternally grateful for their help, in which their dollars were translated into food, sleeping bags, blankets and so many necessary items that kept our neighbors alive.

We will be there at any time to return the favor.

Nothing is better than having friends with chainsaws.

Now, over two years later, there are still thousands of homeless, thousands of damaged and destroyed houses and businesses - and over 90 percent of our forests were also decimated. And they remain decimated.

Over a year ago we switched our Americana Cafe Sundays concerts here to Maggie's Musical Farm - to our beautiful stage and our beautiful covered pavilion amidst the broken trees.

There is an old Japanese poem that, translated, says, "Barn Burnt Down. Now I Can See The Moon".

It's how we have to see our new world. Thanks for sticking with us as we left these pages alone too long.

Mud photos. First, at our regular Sunday concert, which we called Americana Cafe Sundays when we held our shows at Roberts Hall (Now here at Maggie's Musical Farm), the second at the Train Station in Dunellon, Florida, and last on the Magnolia Stage (Mainstage) at the Will McLean Festival near Tampa in March.

The Will Mclean Festival is a beautiful festival that gathers together singer/songwriters every March to celebrate the life of Will McLean, Florida's Troubadour.

The pandemic has taken a toll as well with the music community. No one is touring but we're all trying to find ways to communicate with our music. Playing live music has always been more of a lifestyle than a livelihood. It's something we do because we need it as much as the audience.

Now we all wait and hope for an end to the virus.

Feelin' Lucky can also be heard at luckymud.hearnow.com

All 15 Lucky Mud CDs are available online on CD Baby and at Kunaki.

"This local husband-wife folk duo seems to always have new music up their sleeves. Their newest full-length album is a mix of folky, southern-inspired whimsical tunes like “Blackberry Jelly” and stories about people who didn’t quite do right (“Amber Alert”). But it’s the two ballads that steal the spotlight with emotional intimacy and authenticity." - Nikki Hedrick

" "Lucky Mud is from the deeper side of Folk Music. The couple have a soulful connection that is palpable." -EARBUZZ "

"This folk duo whips up 14 songs on the topics of love, loss and longing on their CD Into the Night. With a penchant for storytelling, the pair is out to revive a bare bones approach to traditional American folk music. Highlights include “All I Know”—as the duo’s harmonies lead the way through the chorus and lyrics—to the surprisingly dark “Who Am I?” - Nikki Hedrick/ Beachcomber Magazine 30A

Here are a few of our guests who've graced the concerts over the last seven years, and now we've finished our seventh year. We wait impatiently for the music to return.

Jig to a Milestone

The Florida Music and Food Initiative

Aerial Melvin and The Boys

The Gail Carson Trio, with Carly Bak and Carolyn Dunn

And many, many more.

Come and camp with us by making your reservations at Hipcamp.com/florida/maggie-s-musical-farm