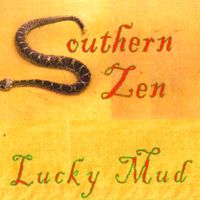 From the recording Southern Zen

In the beginning, God made day and night
Then Abraham got tired of the Canaanites
So he decided to go off and start his very own clan
Well, he finagled some sheep and a couple of cows
(you can read the bible if you want to know how)
But then he saw the flaw in his little plan
See, he and Sarah did it night and day
They did it in the desert and they did it in the hay
They did it and they did it until they almost wore it out
But Sarah said, "Sorry"
And Abe said "Thanks,
I can't be sure who's shooting blanks
So I'm gonna have to leave it up to you to work this out"

So Sarah gave Abraham a jug of wine
Then she gave him Hagar, the concubine
And nine months later, there was little Ishmael
So it was Sarah who was barren as a dry creek bed
But she couldn't get those pictures out of her head
And it would be an understatement to say she did not take it well

She was in her 70s and she thought she'd had it
But she and Abraham kept going at it
And along came Isaac, her own little bundle of joy
So she said, "Abe, I'm gonna need more room for the baby
A place for the bassinet so do you think maybe
You could get rid of Hagar and that dirty little ugly bastard boy?"

Well, Hagar begged and Abraham whined
But Sarah stood firm and she toed the line
And before you know it, Hagar was on her own
Well, Abraham didn't have to do it,
But he thought it over and he figured, "Screw it,
It's the easiest way I know to keep a happy home"
So with the clothes on her back and a baby at her breast
No food to eat, no place to rest
Hagar began to starve in abject deprivation

But God looked down, and God took pity
And Ishmael lived, and he built a city
And soon he was the leader of a brand new Arab nation
Now we all know that sooner or later
The Middle East will be a nuclear crater
And we're all gonna die trying to fulfill some biblical matter
That was written on papyrus with camel dung
By some dim bulb on the bottom rung
Of the entire human evolutionary ladder
About a naked couple That was left to grapple with
Life and Death and Snakes and Apples
And a God that would let some guy kill 10,000 people
With the jawbone of an ass

So, don't you think it's time that we got rid
Of hating somebody 'cause your daddy did
And finally put our history in the past?
There's only one real question I have for you......
Don't we need better reasons for the things we do?